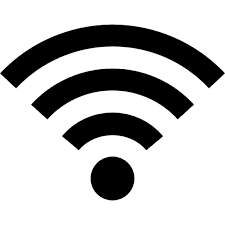 Ultra-Fast Wifi That can download at speeds of 42gb/s

Scientists have created the fastest ever wi-fi – and it’s 400 times quicker than the best available in Nigeria. The wireless internet system uses infrared rays to beam data to devices, and boffins say it won’t slow down with more users.

The system is simple and, in principle, cheap to set up, by ‘firing’ wireless date from a few central light antennas – which could be mounted on ceilings – which are able to direct the rays of light to the devices. Since there are no moving parts, it is maintenance-free and even doesn’t need any power.

The futuristic network tracks the precise location of every wireless device using its radio signal transmitted in the return direction.

Since each device has it’s own specific wavelength, there is no loss of speed when the network is being hammered by multiple users.

Also, the canny system will never be interfered with by other networks.

The work is part of the wider BROWSE project headed up by professor of broadband communication technology Dr Ton Koonen, and with funding from the European Research Council.

Dr Koonen expects it will still be five years or more before the new technology will be in our stores.

This project is in tandem with the li-fi idea of transmitting data with the aid of light which makes it a lot faster but with much weaker range.

Ultra-Fast Wifi That can download at speeds of 42gb/s