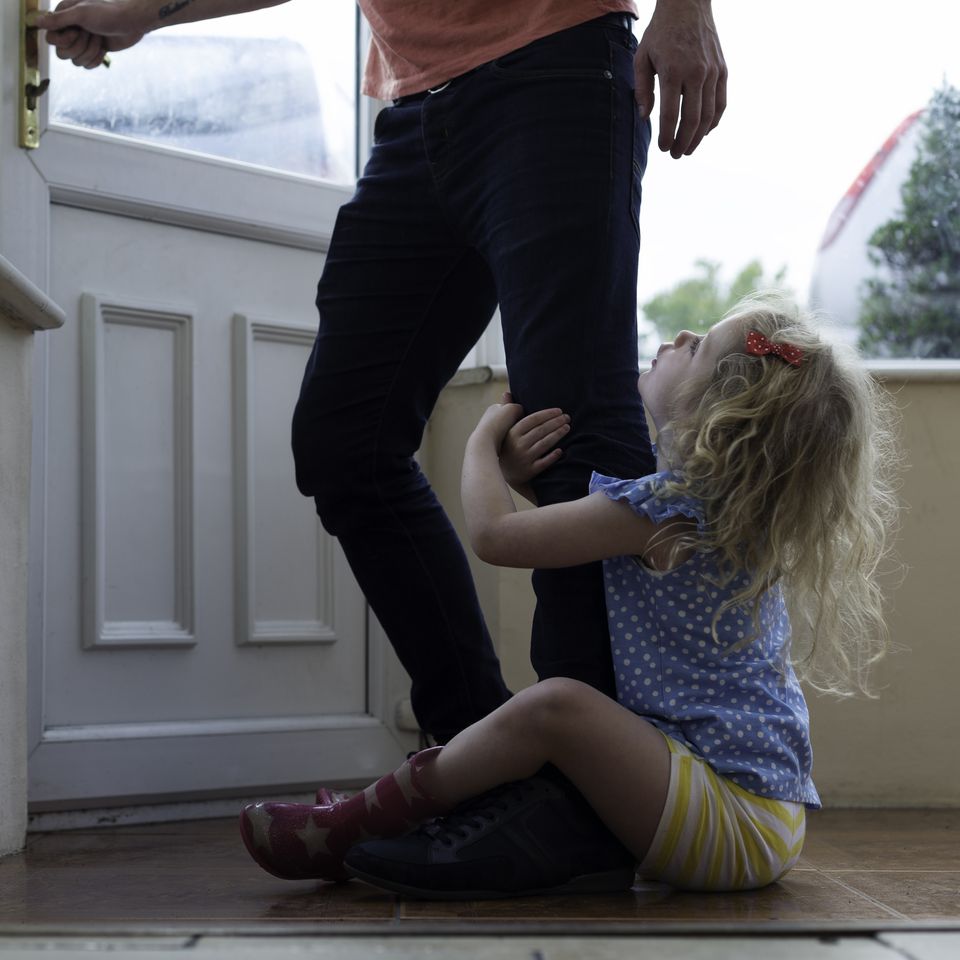 Travails Of The Fatherless- Episode 2

I declined his proposal but he insisted.. We left immediately for a nearby clothing store where he got me a blackberry gown, a denim jacket and a pair of brogues to complement the outfit. ‘I did not still give him face’ because I missed my interview due to his recklessness. He most likely saw I wasn’t happy with him that he asked to take me out for lunch. I thought to myself, “while go home angrily to drink garri rather than eating satisfactorily on his neck”. I then decided to go with him. We went to one of the known eateries around where we ate and after a while of forming and fronting, we got talking. We talked and talked about the sweet and the sour.
His name was Nathan, he was lightskinned with blue iris. At first I thought they weren’t real until I confirmed from him. I could not help but stare at those eyes as they caught my attention. His smile was so attractive, it unconsciously made me smile like a baby seeing it’s mother’s smile. Nathan’s hair was curly like a newly born baby’s and it was really black. Nathan and I became so close, we went on several dates, long walks together and hung out with friends. Nathan was a business lawyer, he worked for a big firm in Lekki. He was one of those guys who love to dress casually, he only puts on his suits whenever he was going for meetings or business deals and whenever he was going to the courtroom.

One fateful night, Nathan called me to dress up for a date. I did not plan on going out, I really wanted to stay indoor all night. Eventually, I wore a skimpy red dinner gown, I wore a white pair of heels, styled my hair and did a natural makeup on my face. An hour later, Nathan called to tell me he was at my doorstep. He was astonished as soon as he caught a glimpse of me that he did not realize how wide open his mouth was. He wasn’t looking bad, I said to myself. Nathan then pecked me on my forehead and opened the door for me.
Nathan took me straight to an unknown apartment, he hit the honk and the gateman opened the gate for him without arguing. As we alighted, Nathan handed over a bunch of keys to me said the apartment was mine. It was a duplex with 4 bedrooms. I screamed and told him it was too big for me because I stay alone. Nathan told me he would do anything to make me happy and I shouldn’t bother about staying alone because he would be coming over to visit and spend enough time with me. I hugged him tightly, gave him a peck and thanked him. It was indeed a surprise..
Nathan and I went into the building, it was well furnished, it was painted cream with brown furnitures. My bedroom was painted grey with a black bed stand. As we sat in the living room, Nathan ran to the kitchen and brought out a bottle of red wine and two glass cups, ‘just for the both of us’, he said. Hmm, Nathan is being romantic, I thought. After we talked for a while, we got deep in the conversation and all of a sudden, we kept quiet like the Angel of silence came through. We stopped talking and stared at eachother. Nathan took a glance at my lips and stared back at my eyes. The feeling became intense that we did not realize when we started kissing. We kissed deeply until I stopped to smile because I was shy. Nathan then smiled and pecked me on my forehead which made me feel like a baby. We decided to watch a movie after where we ended up sleeping off.
The next day, I moved my things to my new apartment. After arranging my stuff, I had my bath, cooked and waited for Nathan’s arrival. Soon 5pm came, Nathan had arrived. He bought me a bouquet of rose and chocolates, I thanked him with a brief kiss. Minutes after, Nathan asked me out officially and I said “yes”, then our relationship became official. My best friend, Seyi was not cool with my relationship with Nathan. She would tell me uncool things about Nathan. She would call him old-looking, unattractive and a guy who is only interested in having s3x with me. Seyi and I have been close since we were in secondary school. We were too close that every member of my family knew and vice versa. I would tell her every little detail and seek for her advice before making decisions. My relationship with Nathan was different, I did not listen to her laments about what she thinks about him.
I never listened to her although I thought about the s3x part but I never gave the thought much attention. Nathan and I survived happily for about 2 years, I had met his siblings and friends. We were cool with eachother until he caught me with one of my exes trying to kiss me. “It is not what you think”, I said to Nathan but he left angrily. I immediately ran to meet him but he drove off as soon as I got to where he was. I tried calling Nathan but he refused to answer my calls, he restricted me from entering his office and apartment. I cried day and night, he was the love of life. I couldn’t eat, I couldn’t sleep.. I thought nothing could be more painful than losing my dad. The pain was unbearable for me, we used to talked 24/7 but he wasn’t picking my calls no more. I tried all I could to get through to him but it was all in vain. I ran to Seyi to narrate what had happened, all she said was “I told you so!!!!”, the very statement I hate to hear. Months after, as I was on my way to visit mother, I saw Nathan and my friend, Seyi walking into a restaurant. They were holding hands and it seemed like they were seeing eachother. I alighted from the cab and walked up to them.
As soon as I came in contact with Nathan, I realized that I wasn’t over him yet that I began to weep uncontrollably. Seyi acted like we were enemies and Nathan seemed like he was disgusted by me. I left them in tears as I left for my mum’s. Mother was surviving, I was able to cater for her needs with the help of Nathan. Now, Nathan was gone and all she had was me. I had to start searching for greener pastures. Weeks after I saw Seyi and Nathan together, my ex, Fola called and apologised for his act the other day. He claimed to have been intrigued by Seyi who told him I was clamoring for his love. Little did he know Seyi wanted to end the relationship between Nathan and I. I made Fola know that I would only forgive him if he told Nathan the truth one way or the other which he did.
Nathan came begging after he found out the truth. He said Seyi had been telling him bad things about me, then he caught me with a man. So, he lost his cool.
To be continued…

Travails Of The Fatherless- Episode 2