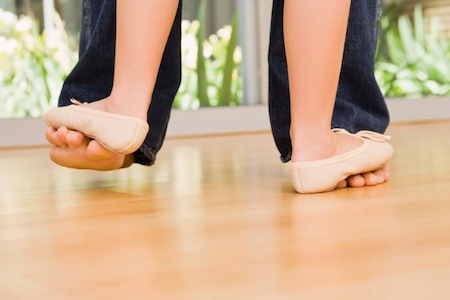 The sky was clear as the ocean, the ground had been dug waiting to ingest a  new body. The faces around were dull, a soul had been lost. My dad was about to be buried, a man of his words. He was a friend of all, way too nice and never kept anyone in mind. A few years back, my dad was diagnosed with cancer and had died from the same illness. I prayed and fasted for me not to lose my dad, he was my best friend. We were so close I could tell him when I was in a relationship and when I was in my period.
Mother used to be jealous of our closeness, she was happy in her marriage still. My dad, Wale George was the first child of his parents, with 4 siblings. He was the General manager in one of the top banks in Lagos State. I thought I could handle the pain of losing one’s dad. I thought I could hold back the tears but as his body was being placed in the ground, the thought of being never able to see him filled my mind that I screamed and jumped into the hole and pleaded to be buried along with him in tears. This reaction of mine made mother cry; she had been trying to console herself buh tears bust out as she saw me, her only child losing control over the death of our hero.
You must be wondering why I referred to him to as our hero. Well, back when he was alive, he would hunt the rats that made us tiptoe around the house due to our phobia for rats. He would kill the cockroaches for us, he was the only man of the house. He would do everything to make us happy even if he had to displease himself. All these maybe nothing to you but to mother and I, it was everything.
Months after father’s demise, things started crumbling. Unfortunately for mother and I, father had granted out loans at the bank to business men who have refused to pay and he was so nice to them that he used  our houses as collateral. As a result of their refusal to repay the loans, our properties were seized and mother and I had to move out.
The struggle had began already.. An experience I would never have experienced if father was alive. Mother went to father’s family for help but they gave several excuses. Mother finally got a place to stay at her friend’s boys quarter. Mother was a full housewife because Wale George, her husband never wanted her to say “yes sir” to another man and he never wanted her to stress herself. Although she studied banking and finance in the University, It was difficult for her to get a banking job at her age. Mother started a small scale business from the money given to her by her friend. She started selling food to fend for my education.
I was in my final year, I made sure to come out in flying colors to make my dad proud. Also, to make mother eat the fruit of her labour. Eventually, I graduated with a Second Class Upper but finding job became an issue. The hustle and bustle of getting a job had me start wondering what I came to do on earth. On one fateful day, as I walked along Durosimi Etti street in Lekki phase 1, on my way for a job interview, a black matte Rolls Royce splashed muddy water on me while trying to avoid a pothole.
I was pissed as hell.. Just when I was going for an interview I had high hopes for, a reckless driver from nowhere came to ruin the opportunity. Immediately the driver parked his car and hurriedly got down to apologize. I was so mad that I did not bother to look at his face as I shouted at him for his silly mistake. He was lightskinned, tall and lanky. He was also pretty fine, so fine that I stuttered as soon as he got closer. I still had to hold my ground about how offended I was. He kept apologizing and offered to take me out to make up for it.