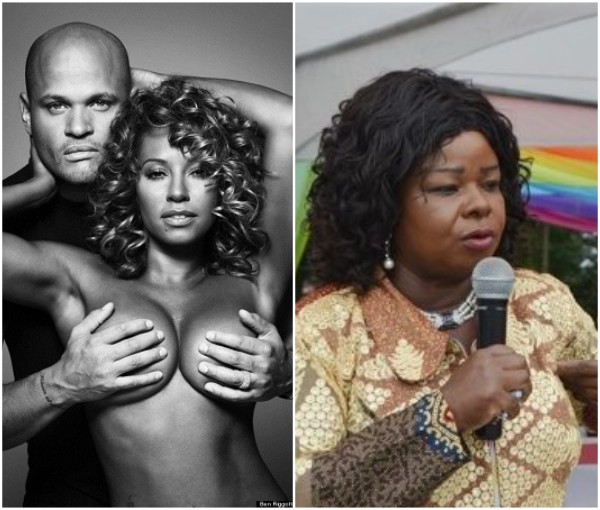 The president of Br3ast Care International Dr. Beatrice Wiafe -Addai has urged men to handle the br3ast of women with care as it is a very fragile part of a woman’s anatomy.

Speaking on the sidelines of the br3ast cancer awareness month which is celebrated in October every year, Dr. Wiafe-Addai told Morning Starr host Francis Abban that contrary to claims that the sucking of br3ast by men reduces the risk of getting br3ast cancer in women, those claims are untrue.

“It is not true that the more you suck a woman’s br3ast it prevents the risk of getting br3ast cancer. What is true is that women who have children should br3astfeed, and br3astfeeding has some positive effect on the woman as far as br3ast cancer is concerned. But not adult men to go and suck the br3ast thinking it will protect the woman from br3ast cancer, that is not true, it is very fragile so let’s handle it with care…don’t squeeze it like you have some mango or orange that you are squeezing to get some fluid out,” Dr. Wiafe-Addai counselled.

Dr. Wiafe-Addai also advised men not to abandon women diagnosed with br3ast cancer but rather help to fight it.

“If you find something in a woman’s br3ast don’t send her to her family home because she has been diagnosed of br3ast cancer. Give her all the morale even if not financial. So that she knows that someone is with her through the fight. The fight against br3ast cancer is not an easy one so women need all the support from men, society and the nation,” she noted.

Meanwhile, a br3ast cancer survivor, Raheema Quaye, has been kicked out of her matrimonial home by her husband after she was diagnosed of the ailment.

“My husband told me to pack and our three children to pack out because he thought Br3ast Cancer was contagious when I informed him about it. I packed out and informed my relatives about it, but at a point they also abandoned me on reasons that they were going to get infected as well and even brainwashed my own children to abandon me,” she narrated on the Morning Starr with Francis Abban.