Someone snagged a pic of Beyonce and Jay Z’s annual Christmas card, and posted it online. The image is a recent pic of the Carter family – which includes Blue Ivy Carter, and the rarely seen twins, Rumi and Sir.

The twins, who are two and a half years old, definitely favor their parents – with Rumi looking like a spitting image of her mother Beyonce. And Sir looks just like his dad. 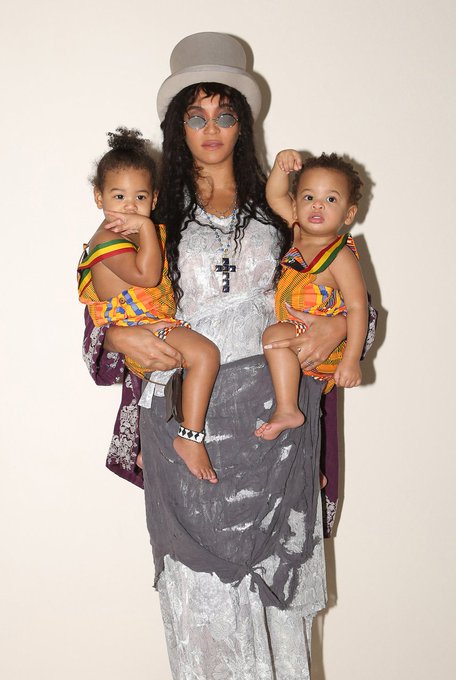 “Rumi is our favorite poet, so it was for our daughter,” Jay-Z said in an interview for his streaming service Tidal. “Sir was like, man, come out the gate. He carries himself like that. He just came out, like, Sir.”

According to People, both names—”Rumi Carter” and “Sir Carter”—were given a U.S. trademark, just like their older sister Blue Ivy.