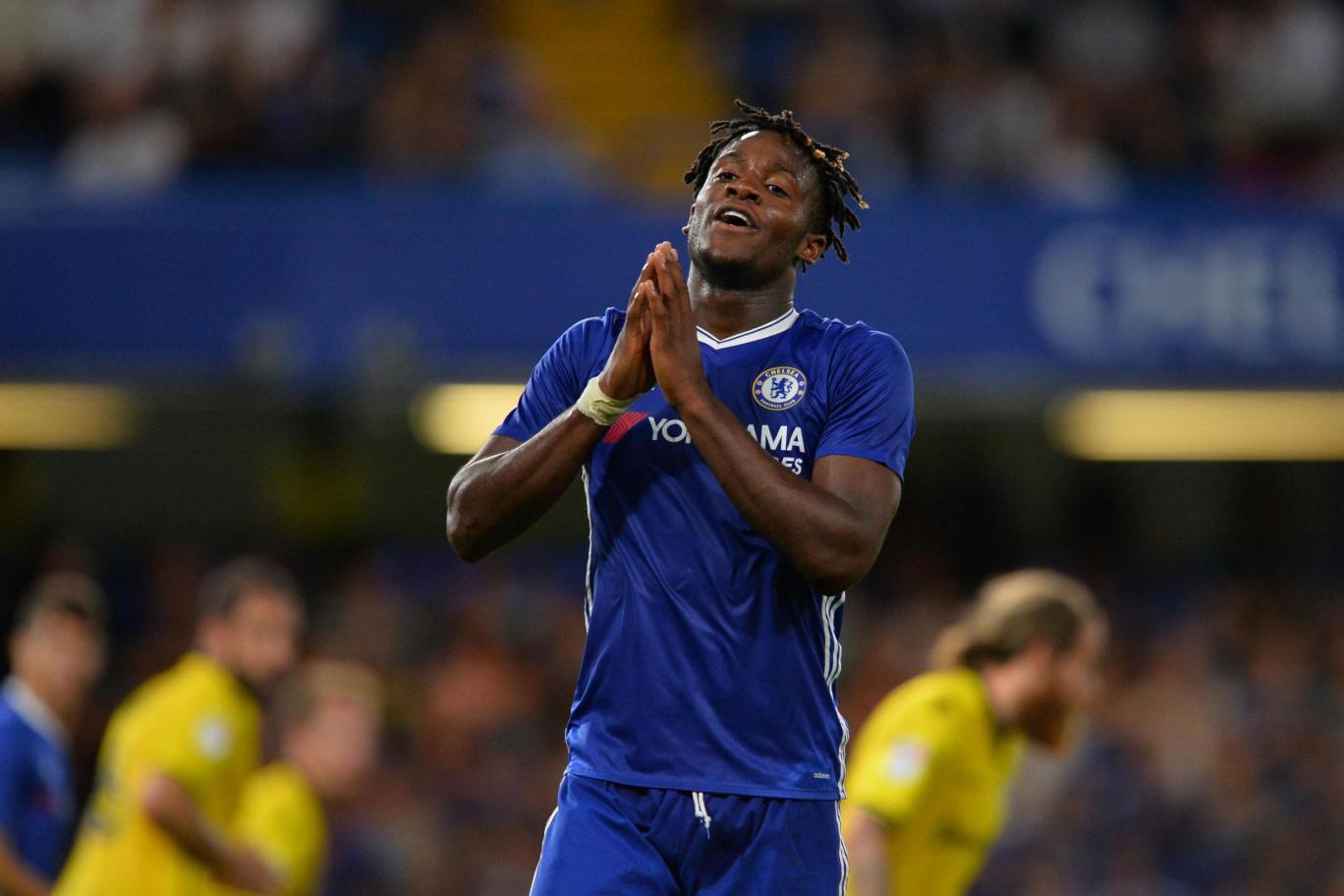 Conte confirmed both players will be in the team for Chelsea’s game at home against Peterborough in the FA Cup Third Round on Sunday.

Batshuayi, who joined from Marseille for £33.1m in the summer, hasn’t started a match since the EFL Cup defeat to West Ham in October.

The striker has yet to start a League game at all and was surprisingly named on the bench when top scorer Diego Costa was banned against Bournemouth last month.

But he will be given a rare chance to impress at the weekend and when asked by Standard Sport, Conte urged him to take it.

He said: “I have a good opportunity in this game to see Michy from the start. I think it’s important, this.

“I didn’t take a final decision, because there is also tomorrow, but I think for Michy it could be a good opportunity to show me his progress.

“Diego is doing very well. He’s playing a lot. It is not easy for a new player to arrive in this League and adapt very well. This League is a very physical league.

“But he’s working a lot. I’m seeing that he’s improving. He’s going into the idea of football

Michy Batshuayi will be starting as diego costa remains banned

“For sure on Sunday for him, but also for other players, it could be a good opportunity to show me that he deserves to play more in future.”

Zouma has not played for Chelsea since suffering a serious knee injury against Manchester United 11 months ago.

The Blues have deliberately taken their time over his recovery. The France international only returned to the bench in December despite resuming training during pre-season.

But Conte added: “He’s ready to start. I’m pleased for him. He deserves to start the game.

“Also for him it is a good opportunity to show me he’s in good form and to give me another opportunity when I go to choose the starting XI.

“For this reason we knew that Kurt needed more time to recover. Now he’s in good shape and he’s ready to play and to restart his career.

Chelsea are believed to be looking at buying a centre half this month and have been looking at the likes of Virgil Van Dijk and Antonio Rudiger.

But Conte claims that is not the case. When pressed by Standard Sport if Zouma’s return to action will negate the need to buy another defender, he said: “I don’t think we need another central defender.”