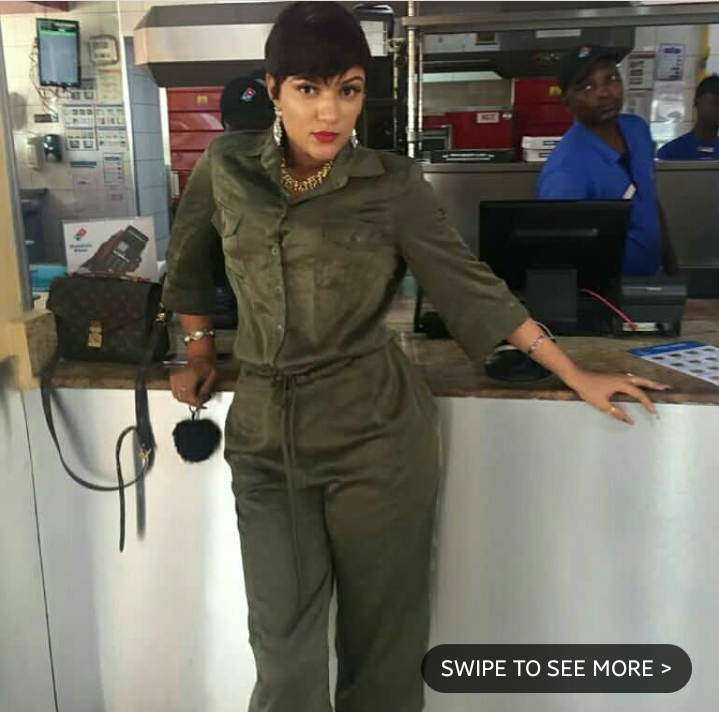 Gifty Powers declared herself a god as she showed off her new short hairstyle.

Controversial former Big Brother Naija housemate, Gifty who claimed her last hairstyle was inspired by Kim Kardashian has declared herself a god as she showed off her new short hairstyle.

The light skinned beauty who is never shy of being present in the news shared the pictures on her Instagram page and wrote; who admitted to being controversial during her time in the bbnaija house, said she was voted out because of her fake accent and the fact she stated she did not know Nigerian superstars Banky W and Falz.

Gifty who admitted she was once married in an interview with Hiptv, said the period she was married was a dark period of her life.

“I will say it right now in here that the marriage issue was kinda real. I was once married and it’s a dark part of my life that I don’t want to ever go back,” she said.

“First of all, my advice to every young woman out there is that before you go into marriage, you have to be physically, mentally, emotionally and psychologically matured because I was naive,” she added.

“I was 19, I didn’t know what the whole marriage thing was all about. It felt like entering into adulthood.

“The marriage was just traditionally recognised. We didn’t do court wedding, it was not legal. Although we did a white wedding, the bride price was returned. What I experienced, I don’t wish anyone to experience. I passed through a lot.

“People out there judge me because they don’t even know what I’ve been through” she said.

It is also on record that during the Reality TV show, Gifty denied being married, stressing that the fake rumours will only make her more famous and bigger.

But a man who identified himself as Augustine Akuma, claiming to be her supposed husband’s cousin,released photos from Gifty’s wedding, accusing the former housemate of deceiving her fans.

Akumah further alleged that the couple had irreconcilably differences over Gifty’s “cheating lifestyle while still in her husband’s house.”