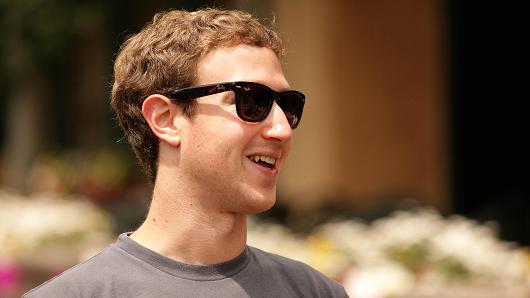 Aloha! Now sell me your land!

Facebook CEO Mark Zuckerberg is suing hundreds of Hawaiians to compel them to sell the billionaire small plots of land they own that lie within a 700-acre property that Zuckerberg purchased on the island of Kauai two years ago for $100 million.

Zuckberberg-controlled companies filed eight so-called “quiet” title lawsuits in a Kauai court on Dec. 30 requesting the forced sales at public auction to the highest bidder, which would allow him to make his secluded beach-front land on the island’s north shore even more private, according the Honolulu Star-Advertiser newspaper.

Currently, owners of the lands — which have been in their families for generations — have the rights to travel across Zuckerberg’s property to get to their properties. The properties cover slightly more than 8 acres total.

Many of the defendants in the suits are living, but some are dead. The defendants may hold just a tiny fraction of ownership in the parcels.This is because they are several generations removed from the original owners.

The defendants had 20 days to respond to the suits.They risk forfeiture of their rights to a say in the proceedings if they do not.

Zuckerberg’s lawyer, Keoni Shultz, said in a statement to CNBC: “It is common in Hawaii to have small parcels of land within the boundaries of a larger tract, and for the title to these smaller parcels to have become broken or clouded over time.”

“In some cases,co-owners may not even be aware of their interests,” Shultz said. “Quiet title actions are the standard and prescribed process to identify all potential co-owners, determine ownership, and ensure that, if there are other co-owners, each receives appropriate value for their ownership share.”

Zuckerberg, in a Facebook message posted hours after CNBC’s story on the properties was published, wrote: “For most of these folks, they will now receive money for something they never even knew they had. No one will be forced off the land.”

The cases target a dozen small plots of “kuleana” lands. They are inside the much larger property that Zuckerberg bought on Kauai. Kuleana lands are properties that were granted to native Hawaiians in the mid-1800s.

Some of the people who own, or who are believed to own, lands targeted by Zuckerberg’s suits are descendants of the original owners.

One suit, according to the Star-Advertiser, was filed against about 300 people who are descendants of an immigrant Portuguese sugar cane plantation worker who bought four parcels totaling 2 acres in 1894.

One of that worker’s great-grandchildren, Carlos Andrade, 72, lived on the property until recently, the paper said. But the retired university professor told the Star-Advertiser he is helping Zuckerberg’s case as a co-plaintiff. This is in an effort to make sure the land is not surrendered to the county if no one in his extended clan steps up to take responsibility for paying property taxes on the plots.

Andrade has wrote a letter to his known relatives. He believed selling to Zuckerberg would ensure that the relatives get “their fair share” of their ancestor’s investment in the property — while avoiding further dilution of the value of individual property shares due to the clan increasing in size, the paper reported.

In the same letter, Andrade estimated that a large majority of his relatives are unaware that they have an ownership stake in the land.

Below is the full text of the Facebook message that Zuckerberg posted hours after this story was first published.

There have been some misleading stories going around today about our plans in Hawaii, so I want to clear this up.

I posted last month about how Priscilla and I bought some land in Hawaii. We want to create a home on the island, and help preserve the wildlife and natural beauty. You can read about it here.

The land is made up of a few properties. In each case, we worked with the majority owners of each property and reached a deal they thought was fair and wanted to make on their own.

As with most transactions, the majority owners have the right to sell their land if they want, but we need to make sure smaller partial owners get paid for their fair share too.

In Hawaii, this is where it gets more complicated. As part of Hawaiian history, in the mid-1800s, small parcels were granted to families, which after generations might now be split among hundreds of descendants. There aren’t always clear records, and in many cases descendants who own 1/4% or 1% of a property don’t even know they are entitled to anything.

To find all these partial owners so we can pay them their fair share, we filed what is called a “quiet title” action. For most of these folks, they will now receive money for something they never even knew they had. No one will be forced off the land.

We are working with a professor of native Hawaiian studies and long time member of this community, who is participating in this quiet title process with us. It is important to us that we respect Hawaiian history and traditions.

We love Hawaii and we want to be good members of the community and preserve the environment. We look forward to working closely with the community for years to come.