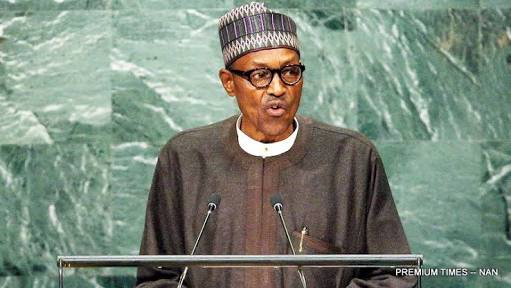 President Muhammadu Buhari has yesterday ordered an investigation into past heads of Joint Admission and Matriculation Board (JAMB) and the Nigerian Maritime Administration and Safety Agency (NIMASA), due to poor remittances over the years. ‎
Minister of Finance, Kemi Adeosun, who briefed the Federal Executive Council (FEC) about the performances of some government agencies, said JAMB for the first time ever remitted N5 billion to the coffers of the government with a balance of N3 billion still to be remitted compared to maximum N3 million per annum remitted in the past.
According to the Minister, NIMASA remitted N4.95 billion in 2015 and N24 billion in 2016. Adeosun told State House Correspondents after the meeting presided over by President Buhari, that JAMB in July announced the remittance of N5 billion to the Federal Government which happens to be the highest so far in the last 40 years of its existence.

The minister also disclosed that other agencies with similar discrepancies in their revenue remittances would also be investigated.
The minister said the story was same in other agencies and the leakages which the government was poised to block.
Adeosun told newsmen that FEC also approved for Nigeria to rejoin the African Trade Insurance Agency.

“This is an agency that is out to provide risk guarantee for private investors coming into Nigeria as well as exporters from Nigeria.’’

She noted that the agency has an A rating international and is able to guarantee long-term projects.
‎In a related development, Minister of Water Resources, Suleiman Adamu, has assured that there is no cause for alarm over impending flooding across the country despite alerts issued by neighbouring Niger Republic of rising levels of River Niger there.

Also, Minister of Budget and National Planning, Udoma Udo Udoma said FEC had extensive discussion on the state of the economy.
He said the Council was encouraged on the Gross Domestic Product ‎(GDP) growth rate, which indicated that it was going in the right direction, adding that the policies of the government have succeeded in stopping the economic slide.

The Minister of Women Affairs, Hajia Aisha Alhassan yesterday attended the meeting, despite stirring the hornet’s nest when she reportedly declared she would align with former vice president Atiku Abubakar if President Buhari contests in 2019.

Cardi WITHHELD P*SSY From Offset Until He Got Nicki’s VERSE CHANGED On Motorsport!! (Receipts)