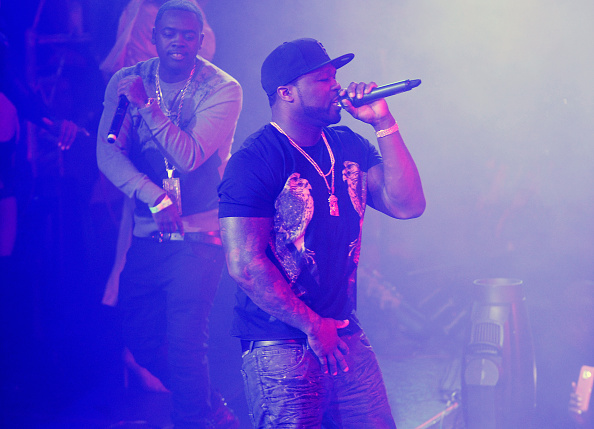 According to TMZ, 50 was performing at Baltimore Soundstage with The Lox, and he decided to turn up with the fans so he reached out into the crowd, and ended up getting his arm yanked by a woman, causing him to fall off of the stage.

50 ended up punching the woman in her chest in order to free himself. He must have realized from Kevin Gates that this could get ugly, so he ended up inviting her on stage with him while he finished the rest of his performance.