The ex-girlfriend of Barack Obama has laid bare the former President’s sex and drug life in a new biography which claims he also cheated on Michelle.

Called Rising Star: The Making of Barack Obama and written by Pulitzer-prize winner David J. Garrow, the book reveals how the ex US leader was a long-term lover of Genevieve Cook. 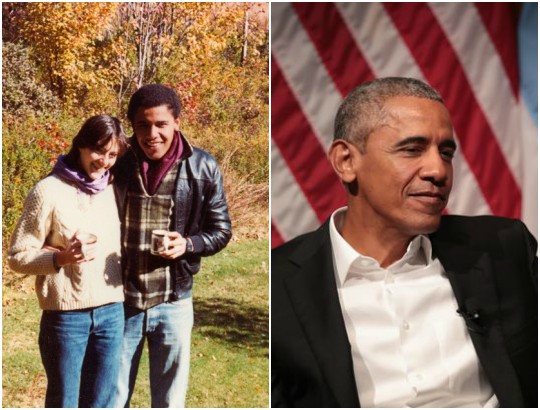 The Australian-born graduate, who was three years his senior, discusses at length their relationship claiming they had sex on their first date.

After meeting on New Year’s Eve in 1983, Cook later visited Obama in his Manhattan apartment which he shared with two other roommates.She explained after dinner they went to his room where they had sex.

Writing in her memoir which was recounted in Garrow’s book’s she said:

“Then we went and talked in his bedroom. And then I spent the night. It all felt very inevitable.”

Cook, the daughter of an Australian diplomat, claims she spent the night again with him a few days later and rated him highly in bed.

Afterwards, she wrote a poem to Obama saying:

Cook also said they would smoke pot but only at parties and said one time they went to one event got “high” on cocaine . The couple split in June 1985, after a year and a half together.

The book claims Obama cheated on Michelle, who would later become his wife, going back to Jager on several occasions.

The professor says of their secret meetings:

Garrow claims Obama considered a gay affair while at college.The former president has yet to respond to the claims made in the book.